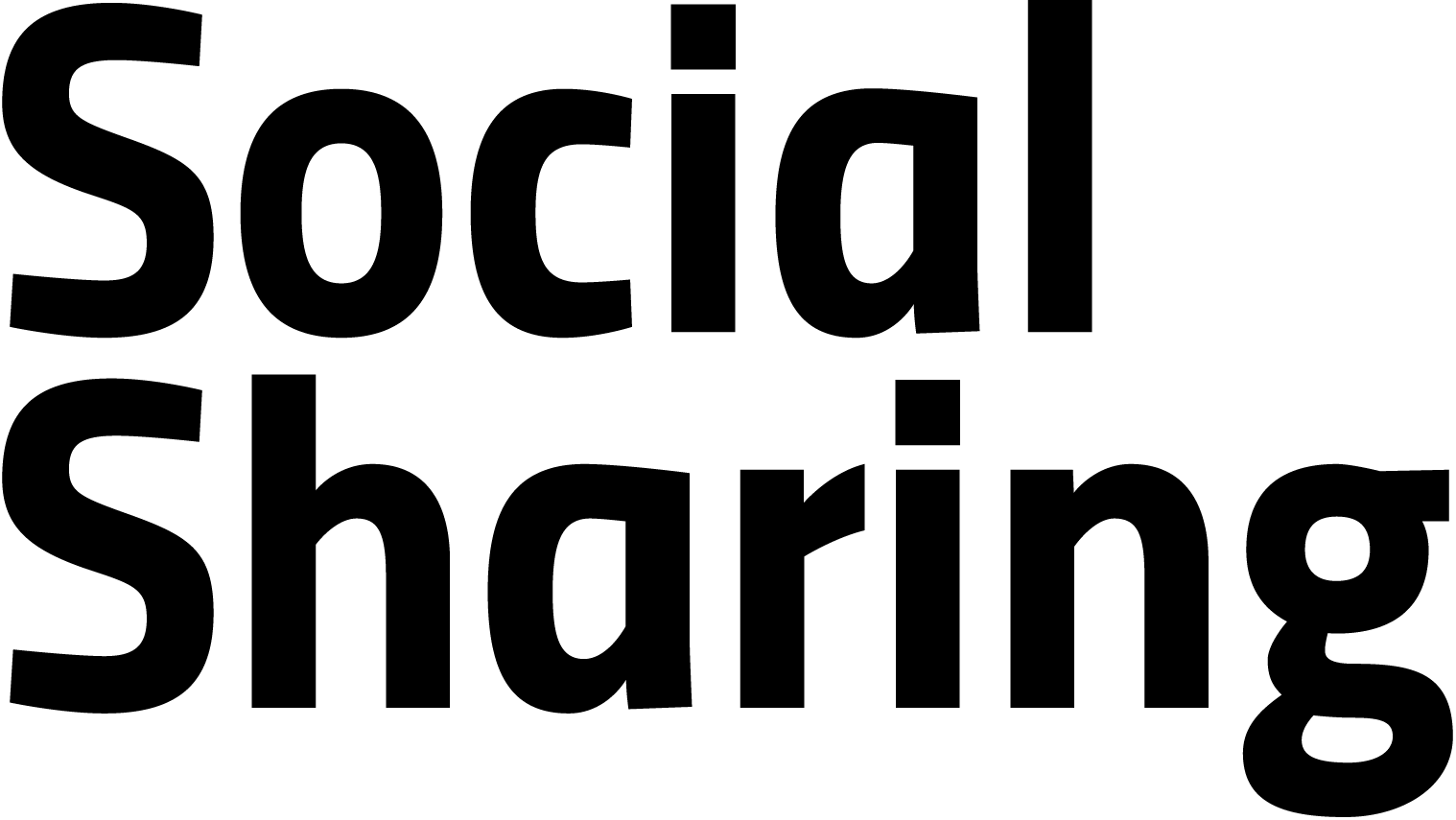 Zaragoza city government boosted the Huertas LIFE Km0, aimed at restoring and protecting this agricultural space through recovering the ecological farming of local orchard species and varieties, applying techniques and measures that foster the restoration of wild biodiversity.

Since its origins, Zaragoza city fed itself from the products raised in the fertile lands of the rivers merging in the city and watered by a network of ditches developed since the Roman times. However, 90% of that fruit and vegetable orchard was lost in the last 30 years. Urban growth and real estate boom brought an urban requalification of a large part of those spaces. Besides, the current trends of the world food market and the Common Agricultural Policy (CAP), which boosted the replacement of crops for human consumption to those aimed at agroindustry and livestock feeding (especially corn and alfalfa) have added more pressure to the orchards. Intensive agriculture, using transgenic, chemical fertilizers and pesticides, was also behind the reduction of local varieties and wild biodiversity and the contamination of aquifers. Now the city of Zaragoza imports fruits and vegetables which could be gathered from the local orchards.

At the end of the project most foreseen goals have been reached.

TheAgricultural School, promoted by the project, had a larger acceptance than expected in the initial goals. The two courses carried out trained 62 persons in ecological agriculture, 14 of them women. This allowed the creation of 12 new agricultural business and 22 new work places in ecological agriculture which are already delivering their projects in the local markets. To get forward in selling the ecological products of Zaragoza orchards, a brand “Huerta de Zaragoza” was approved to identify the producers, shops, restaurants, and catering using the projects. Also, an outdoor Agro- Ecologic Market and a shop in the City Market were opened. Furthermore, 16 shops send products from the Orchard and 15 restaurants make its menus with products  of the new farmers promoted by the project. Besides, in order to pave the way towards a new feeding model, in the canteens of the 12 local public school new terms and conditions were established in the contracts to the companies providing the food, requiring them that the products are ecological and local. Two of them are yet including these meals coming from the project products. The City Council is in contact with the restaurants network to impulse that more restaurants can be included in this programme.

Also, an Agro-Ecological Orchards Network was established, including all the new companies created in the project, together with those ones already previously present. So now there are 45 persons in 56 Ha of ecological farming around the city. Regarding the agro- and wild bio-diversity, the project ‘Parcel Cero’ located in the Agricultural School was an experimental space devoting 5% of the land for bio-diversity promotion, building shelters for insects and amphibious and for raising wild species, intended to show that the ecological agriculture has nature as a main allied. Besides, farming with traditional orchard species and varieties was tested and researched. The results brought a novel LIFE Km0 Orchard seedbed which will allow recovering traditional species to offer to farmers and to increase awareness among citizens on the significance of genetic protection.

After the end of the project, the beneficial effect of proximity production for consumption in the city could be appraised. The production in the 26 Ha planted represents a reduction of 10.76 tons of CO 2 derived from the reduction in transport between the production and the final market. Furthermore, the city government released a specific regulation for the use and management of all the plots included in the LIFE Km0 Orchards Network, drawing a space that will be officially considered as local agriculture, establishing a protocol of inclusion to the Agro-Ecological Orchards Network, and registering the “Zaragoza Orchard” brand that embraces all the products raised in that local area with ecological methods and reserving a 5% of the land to the wild bio- diversity.

The outcomes of the project exceeded the city limits and several Spanish and European cities got interested on it. Two French cities, Toulouse and Montpelier, showed their interest in the initiative and hold visits to directly learned about the experience and the results. Furthermore, Zaragoza boosted theestablishment of European AgroEcoCities Network, including local administrations and social organizations from cities such as Brugge, Gent, Liverpool, Bristol, Freiburg am Breisgau, Grenoble, Madrid, Zaragoza, Valencia, las Palmas de Gran Canaria, Pamplona-Iruña y Lleida. A Spanish Network has initially started with Madrid, Zaragoza, Valencia, las Palmas de Gran Canaria, Oviedo, Manresa, Granollers, Pamplona-Iruña, Valladolid, el Prat de Llobregat and Lleida. These networks will provide support to the continuity to the implemented actions, exchanging experiences and developing new projects of environmental and food governance.

Above all, the project left fundamental legacies to citizens: The beginning of recovering of an agricultural space surrounding the city, enhancing the Orchard in its historic, cultural, landscaping values and source of healthy and local foods; the acknowledgement of the local farmers ́ work; and the potentials that currently the ecological, local agriculture has.

Altogether, the project boosted the establishment of public policies of local governance on the environment, food sovereignty and jobs creation based on the green economy.

+ jobs creation based on the green economy

+ dissemination of knowledge and know how 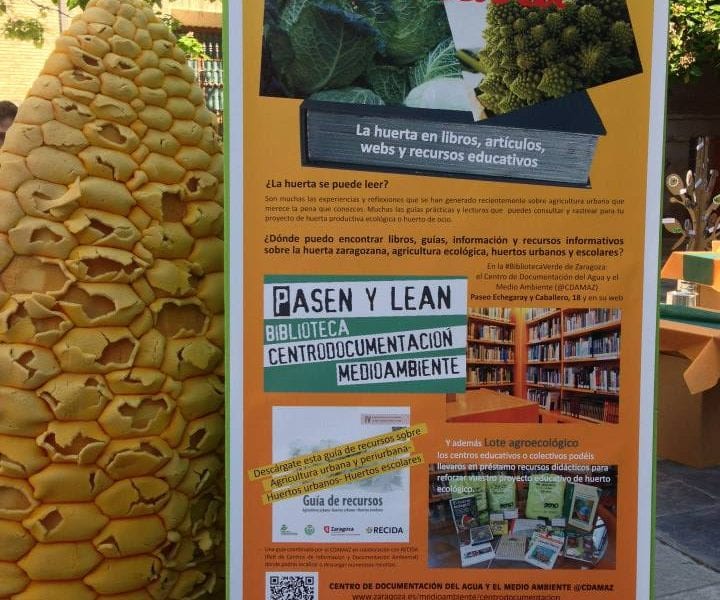 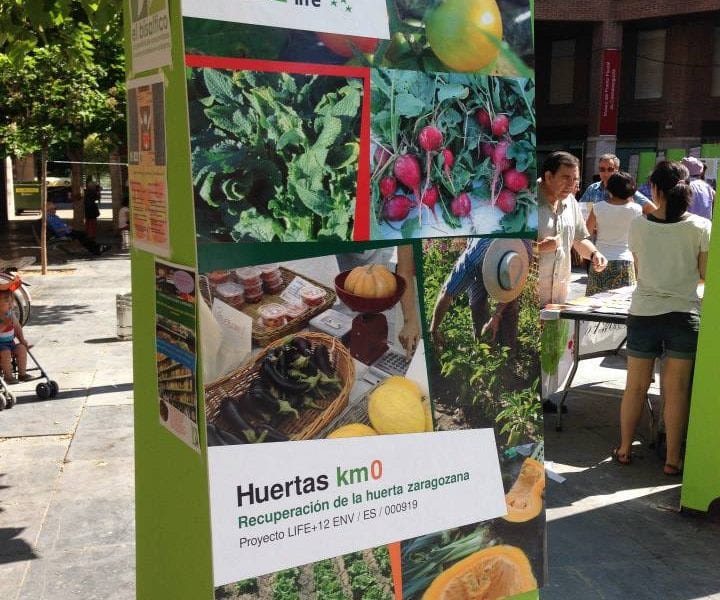 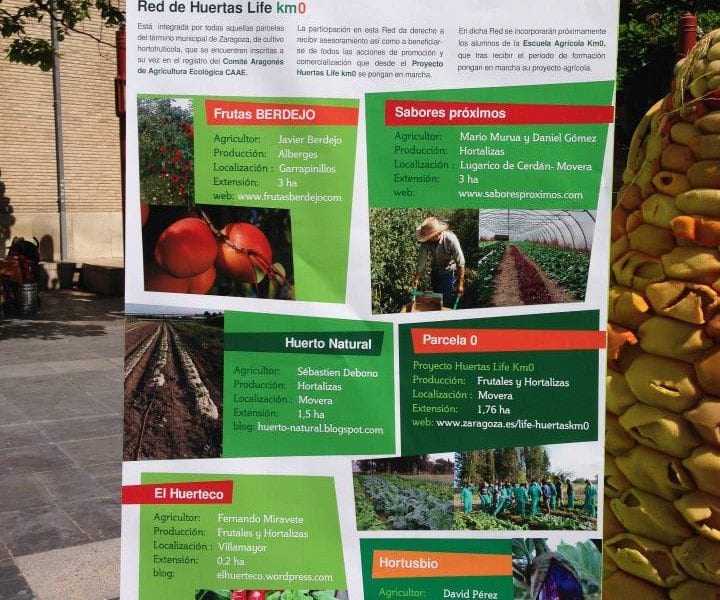 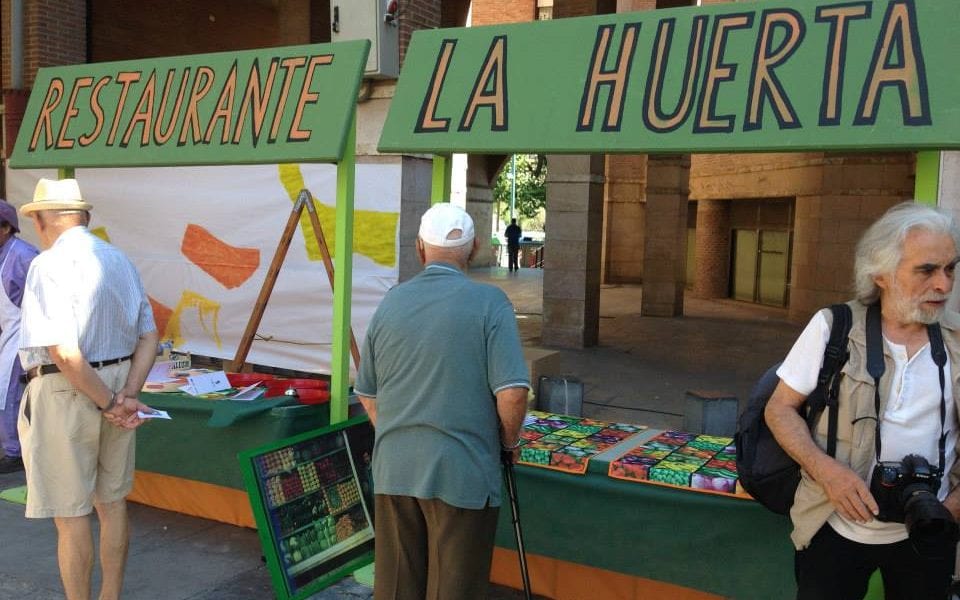 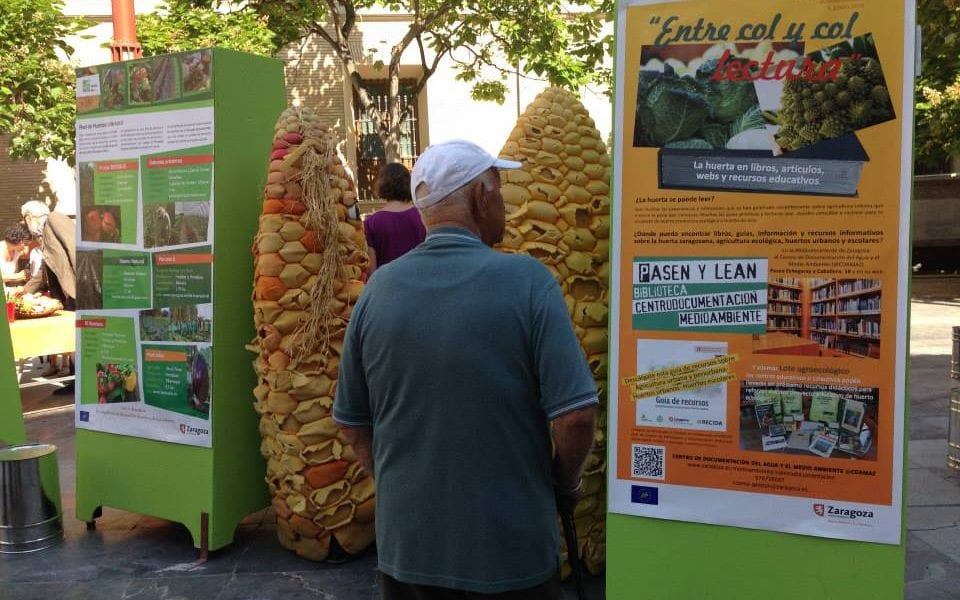 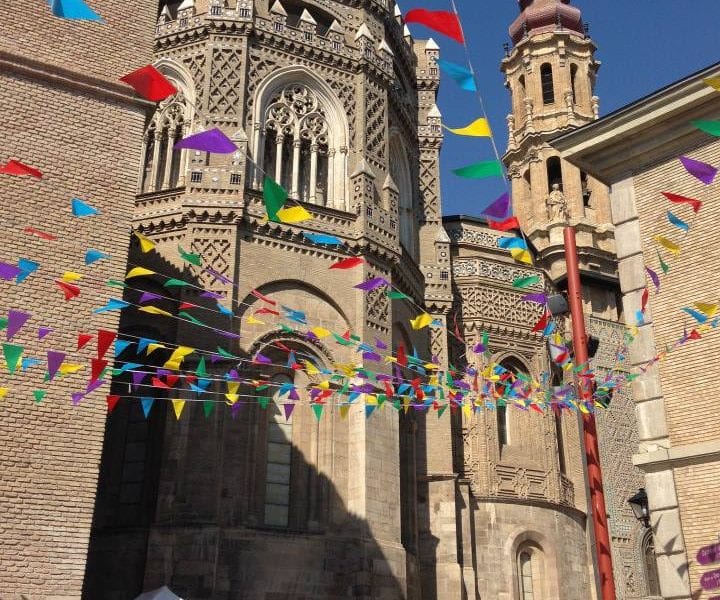 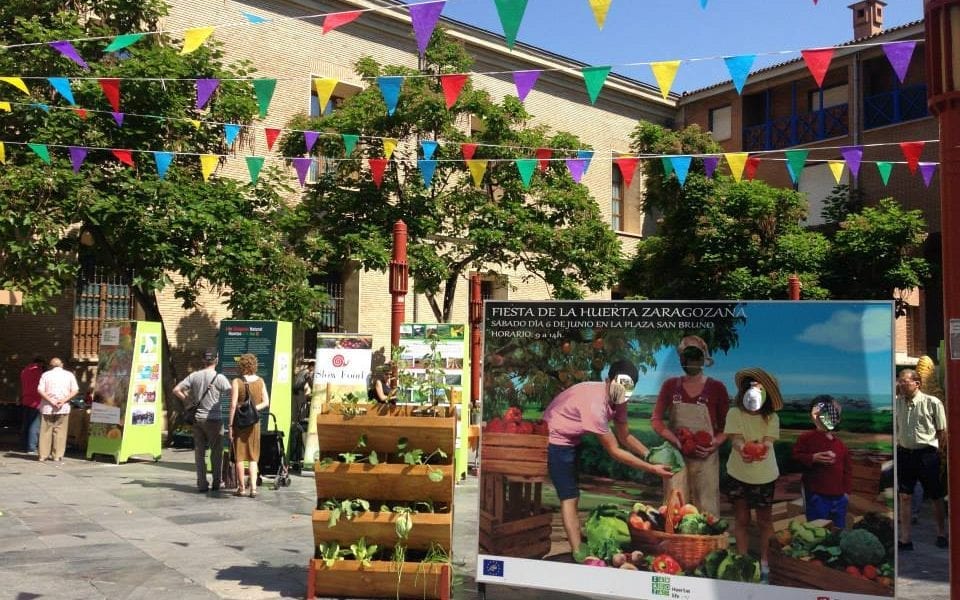